A career consulting and training firm with international reach. We provide the navigational tools for your journey

for CDPs, Counsellors, or Other Helping Professionals 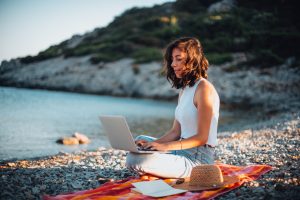 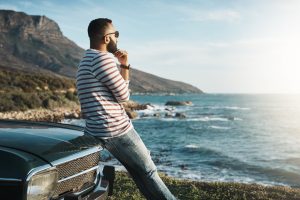 for Organizations, Associations, or Community Groups 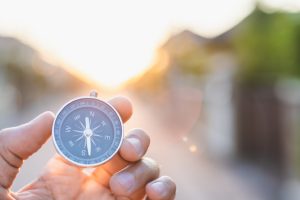 Since 1993, Life Strategies Ltd., an award-winning project-based organization, has supported individuals and organizations to be the best they can be. Over the years, our services have changed, and our scope has expanded – through e-learning initiatives and virtual offices, we are connected to colleagues and clients on six continents!

Our leadership team serves as guides and supports all our programs and services. Our leadership includes Dr. Roberta Borgen and Cassie Taylor, who walk alongside and encourage the fantastic team who play a critical role in the day-to-day operations, and success of our programs and services. In addition, we have a highly experienced instructional community of educators from across Canada and internationally. From time to time, we invite career experts to support specific career programs or services alongside our team, who bring our training and offerings to life.

Life Strategies is based in Vancouver, British Columbia. We work with clients and students worldwide – from remote regions in Northern Canada to world-class cities like Dubai and Hong Kong. We maintain both a local and global focus – not surprisingly, we spend a lot of time in airports.

We have never strayed from our commitment to excellence, innovation, and affordability. Many of our resources are available for free or at a low cost.

Suppose you’re an individual who needs growth and career development, or you’re on a personal development journey. In that case, you can find the support you need with our team with various courses, such as career recovery, publications, or an individual coaching call. Please give us a call today to discuss your unique needs. We want to support you and encourage you to imagine, achieve, and excel!

What Clients Are Saying

“Your work is transformational in regard to workforce engagement and career planning. Your insights, suggestions, and mentoring have helped us to tackle the all important topic of workforce management which is critical to the mission of our company.”

“To be honest, I cannot truly find the words to define the impact this course has had on my work as a career practitioner because I am feeling so elated just knowing I have all this information and [I look forward] to continuing to learn, better understand and practice this knowledge with clients.”

“Feedback from the group on your session was extremely positive. It's clear that you are an "expert" on this topic and brought many relevant examples and anecdotes to the session that made it both insightful and engaging.”

“I cannot say enough about your sincerity and genuine effort to guide others toward growth and success. Your ability to see through the person - mind, heart and soul - creates a burst of motivation and hope. I enjoyed our session greatly and looking forward to communicating with you again in the near future.”

If you are struggling to make the necessary changes in your career, it may be time to consider hiring a coach.

Career development, also known as career advancement or career planning, is the process by which an individual may advance in their chosen field of work. Long-term planning is deciding how to invest in one’s education to best serve one’s professional and personal goals over time. To broaden the meaning of “career development,” one might think of it as encompassing all of an individual’s work-related experiences up to and including their current job title.

Career counselling is a process that helps people to identify what they want from their careers and find ways of achieving them.

It can also help people who are undecided about which career path to take or who are unhappy in their current job.

What do they help with?

Exploring your options
Seeing the bigger picture
Understanding yourself better

Professional development refers to the process of improving one’s skills, knowledge, and experience in order to advance in one’s career. Think of it as an ongoing process throughout your career. You’re never too young or too old to learn something new. If you want to get ahead, then it’s time for you to start making professional development a priority in your life.

How can I develop my professional skills?
1. Take a graduate-level course
2. Attend a training course to gain a new skill
3. Get coaching from an expert in your field

What are the benefits?
Give you confidence and security knowing what you’re doing and why
It can help you gain a new skill
It’s investing in your future

What is a Professional Development Plan?

A professional development plan is a written document that outlines skills, knowledge, and experience.

It is a useful tool that will help you to manage and develop your career effectively by:
Identifying your strengths and weaknesses
Set goals for yourself
Develop a plan to reach those goals

Define your goals
Research your options
Create a timeline
Get support from family, friends, and mentors
Keep track of your progress and celebrate your accomplishments!

Career management is the process of managing your career in a way that helps you achieve your personal and professional goals. It requires awareness, planning, action, and follow-through.

Career management involves three important steps:
1) Self-Assessment – Knowing yourself and your strengths and weaknesses, what you want from life, your values, goals, and priorities.
2) Setting Goals – Developing specific, measurable goals that will help you achieve what you want out of life and work.
3) Taking Action – Acting on your goals by setting priorities, taking risks, and making changes.

The Squamish, Musqueam, and Tsleil-Waututh (Burrard) peoples were among the first to settle in Vancouver more than 10,000 years ago. The modern city, originally known as Gastown, grew around the site of a makeshift tavern on the western outskirts of Hastings Mill, which was constructed on July 1, 1867, and was owned by proprietor Gassy Jack. The original location is marked by the Gastown steam clock. Granville, Burrard Inlet was then formally registered as Gastown. In 1886, the city was renamed “Vancouver” as part of an agreement with the Canadian Pacific Railway (CPR). The Canadian railway had reached the city by 1887. The city’s large natural Pacific Ocean seaport became an important link in trade between the Asia-Pacific region, East Asia, Europe, and Eastern Canada.

Many international conferences and events take place in Vancouver, some of which include the 1954 Commonwealth Games, Expo 86, UN Habitat I, APEC Canada 1997, the World Police and Fire Games in 1989 and 2009, and several FIFA Women’s World Cup matches, including the finals, at BC Place in Downtown Vancouver. The Winter Olympics and Paralympics of 2010 were held in Vancouver and a resort town 125 kilometres (78 miles north of the city called Whistler. Greenpeace was founded in 1969 in Vancouver. The city became the permanent home of the TED conferences in 2014.

As of 2016, the Port of Vancouver was the fourth-largest port in the Americas by tonnage, the most diverse port in North America, and the busiest and largest in Canada. While forestry remains the city’s most important industry, the second-largest industry is tourism, as Vancouver is well known as an urban oasis surrounded by nature. Vancouver earned the name “Hollywood North” as major film production studios in Vancouver and nearby Burnaby have transformed Greater Vancouver and surrounding areas into one of North America’s largest film production hubs.

Downtown is known for a buzzing nightlife scene on neon-lit Granville Street, with raucous bars, clubs, and live bands at the art deco Commodore Ballroom. By day, it’s a busy shopping hub of chain and luxury boutiques, plus high-end department stores in the CF Pacific Centre mall. Food trucks and casual lunch spots dot the area, and cruise liners depart from Canada Place, a terminal designed to look like a ship.

Happening Yaletown is known for its old warehouse buildings now home to hip restaurants and cocktail lounges, many with buzzing outdoor terraces, as well as indie fashion and decor boutiques. On the waterfront, David Lam Park has an expansive lawn and a playground, while the Seawall is popular for cycling and walking. Professional sports and rock concerts take place at nearby BC Place stadium and the Rogers Arena.

Sunset is the most ethnically diverse neighbourhood in Vancouver, British Columbia. It is located in the south-east quadrant of the city.

The Downtown Eastside is a neighbourhood in Vancouver, British Columbia, Canada. One of the city’s oldest neighbourhoods, the DTES is the site of a complex set of social issues including disproportionately high levels of drug use, homelessness, poverty, crime, mental illness and sex work.

Things to do in Vancouver

Stanley Park is a 405-hectare public park in British Columbia, Canada that makes up the northwestern half of Vancouver’s Downtown Peninsula, surrounded by waters of Burrard Inlet and English Bay.

The Capilano Suspension Bridge is a simple suspension bridge crossing the Capilano River in the District of North Vancouver, British Columbia, Canada. The current bridge is 140 metres long and 70 metres above the river.

Granville Island is a peninsula and shopping district in Vancouver, British Columbia, Canada. It is located across False Creek from Downtown Vancouver under the south end of the Granville Street Bridge.

The Vancouver Aquarium is a public aquarium located in Stanley Park in Vancouver, British Columbia, Canada. In addition to being a major tourist attraction for Vancouver, the aquarium is a centre for marine research, ocean literacy education, conservation and marine animal rehabilitation.

The Vancouver Art Gallery is an art museum in Vancouver, British Columbia, Canada. The museum occupies a 15,300-square-metre-building adjacent to Robson Square in downtown Vancouver, making it the largest art museum in Western Canada by building size.

The Museum of Anthropology at the University of British Columbia campus in Vancouver, British Columbia, Canada is renowned for its displays of world arts and cultures, in particular works by First Nation band governments of the Pacific Northwest.

In 1970 the Vancouver Foundation, the British Columbia provincial government, and the city of Vancouver signed an agreement to provide the funding to develop a public garden on part of the old Shaughnessy Golf Course.

Queen Elizabeth Park is a 130-acre municipal park located in Vancouver, British Columbia, Canada. It is located on top of Little Mountain and is the location of former basalt quarries that were dug in the beginning of the twentieth century to provide material for roads in the city.

1,200-metre mountain offering activities such as skiing & hiking plus sweeping views of Vancouver.

Life Strategies has always been a remote workplace with staff and associates working across a wide variety of traditional, ancestral, unceded, and occupied Indigenous Lands. We want to take a moment to acknowledge the territory we are currently working from and to thank the Nation(s)for allowing us to live, work, and play on their traditional lands; we invite you to do the same. If you are connecting from Canada, visit Native-Land.ca to learn more about and reflect upon the lands you are joining us from.